In the UK the rare Purbeck mason wasp (Pseudepipona herrichii) is found only in the Isle of Purbeck, Dorset.

The female excavates a nest burrow in bare ground on heathland and later seals it with moistened clay.

She stocks her burrow with the larvae of a small moth which feeds mainly on bell heather. 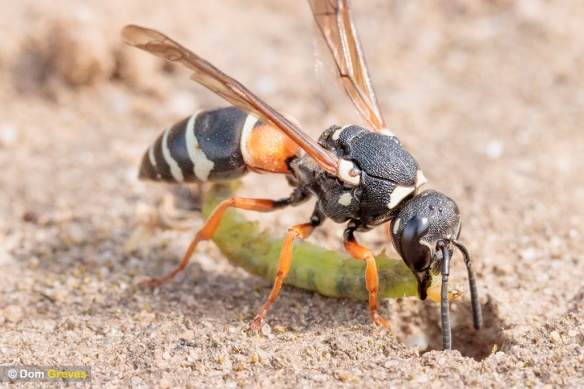 The adults chew distinctive holes in the heather flowers to obtain nectar which their short tongues could not otherwise reach.

The Purbeck mason wasp is thought to rely solely on the larvae of Acleris hyemna, but in 2017 I photographed this female provisioning her nest with what appears to be the moth Acleris notana. 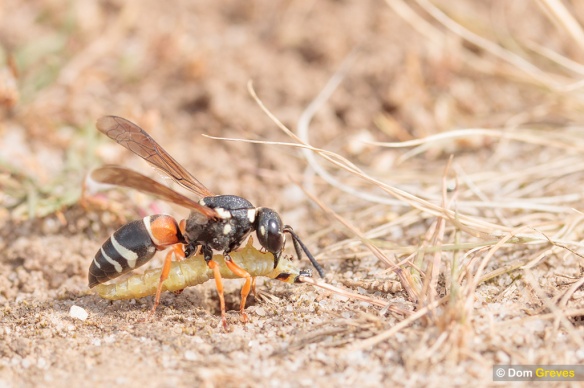 One small victory for citizen science?